I’m not exactly sure what I was thinking, but I ended up booking red-eye flights for my whole vacation for CNY this year. It was what was available on the dates that I wanted to fly, and I was in no position to complain much about it, because I had booked the flights in January. 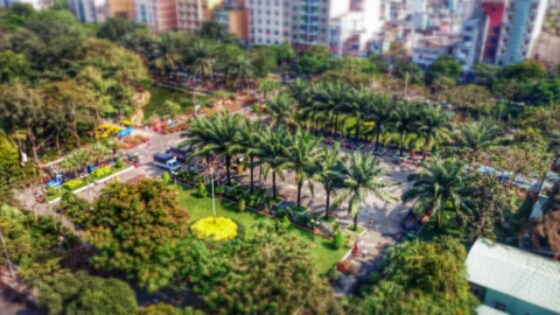 It’s high season in the Chinese world, and the flights left me exhausted. On my arrival in Saigon at 3AM, I waited for the bus until 6AM and walked around the city until 8AM with some Filipino friends. We went to the big central market, there wasn’t much to see, and the War Remnants Museum. It was all right. After that, I went to my hotel to meet my triip.me tour guide that I had booked the previous week. She was punctual, and I quickly changed and was on my way. Check in was at 2PM.

On the ride on her motorcycle, I lost my hat, from OR, and later on we managed to break the screen of my phone. It was an inauspicious beginning to my stay in Saigon.

Once I had checked in, I relaxed at my hotel. A friend had recommended the Ohana Hotel, and I was pleasantly surprised. For the price of a single room in a hostel, at the Ohana, you got a luxury double room, with lots of marble around ($23 US/night). There aren’t many amnenties. There’s no business center, no gym, but there’s passable WiFi on every floor, which was strong enough to stream YouTube videos.

I met my friends who lived in Saigon for dinner. They left a bit later in the week for Thailand for CNY. The next day, I took it very easy. For most of my stay, I took my time and chilled. I went to coffee shops, blogged, read books, tweated, and took it easy, something which I hadn’t been able to do for weeks.

I met my colleague, who arrived a few days later, to visit the Cuchi Tunnels, 50 km north of Saigon. It was an interesting excursion. I spent the next few days reading, watching movies, discovering street food, and having a good time. I had decided to stay at the Ohana until Monday, because they would start charging everyone high season rates (680,000 Dongs/ night). Since my colleague had stayed at the Vietnam Inn Saigon, and said it was nice, I decided to go there. I took the opportunity to book my stay in advance when I visited him there. It was 150,500 Dongs/night in the dorms.

Checking into the hostel was problematic. They didn’t seem to recall for when I had booked, even though I brought my reservation paper with me. Also the front desk guy wanted to argue with me because the paper said 2/11 instead of 2/16. I started to get really annoyed.

It worked out, and I spent some time taking it easy in the chill out room on the 1st floor. This was a good place to hangout, albeit quietly, which is what I was looking for. My first night there was terrible. The pub crawl people came back at 1AM and woke me up. Then the bar/club people came back at 3:30AM and woke me up again. They proceeded to sing obnoxiously, shout loudly, and being general dicks for more than an hour. I was loud the next morning when these drunken idiots were sleeping in. I changed rooms, and thankfully, it was a lot quieter. I got a good night’s sleep.

Until now, I had only taken the taxi once in Saigon. I had planned on taking the bus 152 to the airport, but it didn’t come on time. All bus service stops in Saigon at 6PM. Also, it was CNY. I took a motorcycle taxi to the airport. The guy tried to get more money out of my, because I didn’t have exact change. I paid him what I we had discussed and walked off. Immediately, I noticed that I had lost my Sony Smartband, which was really annoying. I probably lost in on the ride to the airport. There’s not much I could do about it.

The return flight departed at 1AM on Thursday night, landed in Manila at 4:30AM. My connecting flight was at 10PM to Taipei. It was frankly ridiculous.

One of the big problems when you land in the middle of the night is that your means of transport are significantly reduced. There’s no subway, no buses, no trains, just taxis.