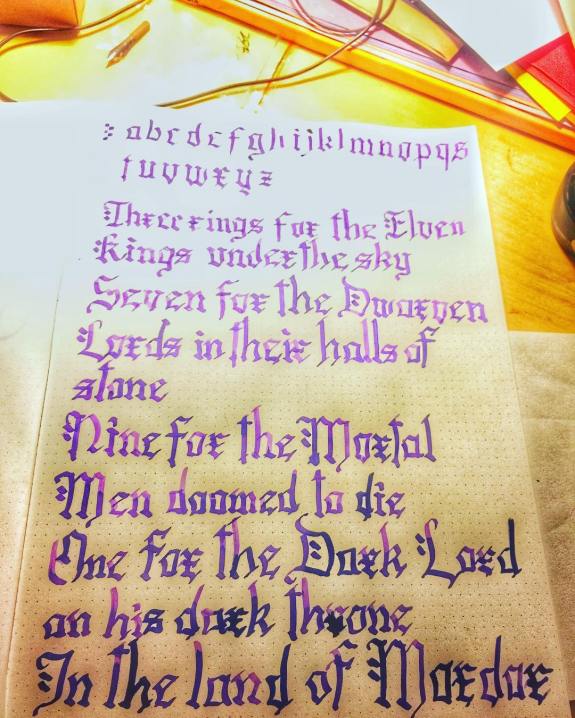 I’ve been doing pretty well practicing my Copperplate script, so I decided to try out Gothic. It was pretty good. It’s a mix between modern and pointed quadrata minuscule. I think because I have been drilling myself to produce the same letters over and over again in Copperplate, the whole process was fun in Gothic. As an expert whom I visited today mentioned, I’ve still got to work on flourishes, which is something that I haven’t tackled at all. It’ll come once I’m satisfied with the regularity of my letters.

As I arrived at TWSBI in Daan today, after another stressful day with an uncommunicative, introvert manager, I was greeted by the owner, who welcomed me like a long lost friend. He had prepared tea, and I sat at the main table with two other customers/friends enjoying the dying embers of the afternoon. They remarked that I should take a load off, and sit down and enjoy a few cups of tea. I have to say that I have rarely had this happen ever in my life. I could have stayed a few hours, but I was there to pick up my Visconti Homo Sapiens, which had been sent back to Italy for servicing. It had received a thorough cleaning, and the endcap was replaced. They had previously serviced my Montblanc for free, because it just needed a cleaning. 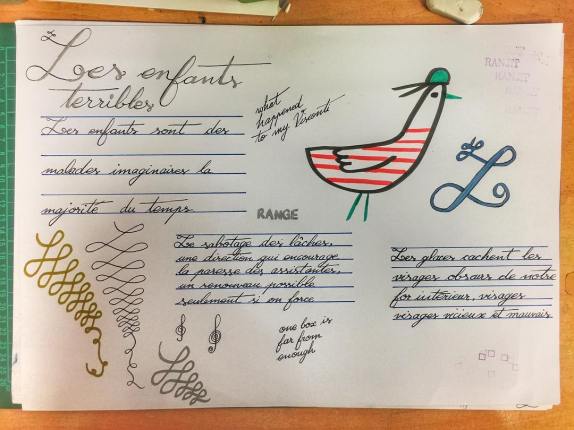 Since I went to Tokyo last summer, I’ve been keeping a written diary again. It’s both good and bad. It’s good, because I have been writing in it almost every day. It’s bad, because I have been blogging a lot less. I also keep a yearly diary as a calendar, which I take with me everywhere. It’s a 400p Moleskine, slightly smaller than A5, because, you know, Moleskine likes odd sizes. What I like about it and what made me buy it is that it has a page for every day. That’s something that I need. My daily diary in in a Leuchtturm 1917 400p A4 diary. It’s huge, and the paper quality is bad (many of my inks feather, so no dip pen), but it was quite cheap and I keep it at home.

For a while, I was quite obsessed with stationery technology. I’ve gotten to a point where I’ve built up enough supplies, and especially the stuff that I use everyday. Some people ask me why do I keep writing the Ring Verse from Tolkien’s Lord of the Rings repeatedly. To this, I reply, why not? I know it by heart, it’s the right length so that I can finish a page in an hour or so. I rarely get bored writing it. I was thinking about trying the Litany of Fear from Dune as well.