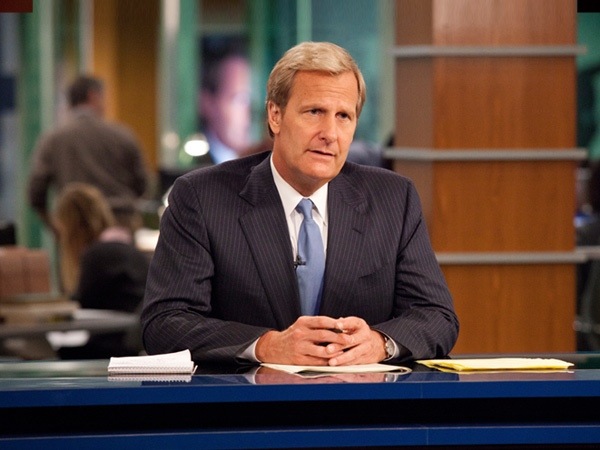 The last time I regularly watched the news was quite a long time ago. It was probably more than a decade ago, when I had cable and a TV. I haven’t had either for a long time. I had also gotten tired of watching biased and partisan American news, from the big networks including CNN. I never was a fan of FOX news. Most of the time, I watched the BBC World News, which I found less biased and it had better coverage of world events.

END_OF_DOCUMENT_TOKEN_TO_BE_REPLACED

There’s no doubt in my mind that the Taiwanese love Angry Birds as much as everyone else, but check out this art installation of the red Angry Bird that was made for the Taiwanese presidential candidate Tsai Ing-wen.

“Balancing group and self-interest has never been easy, yet human societies display a high level of cooperation.”

Siddharta Deb’s article Gatsby in New Delhi about Arindam Chaudhuri can be found at n+1 issue 10, but before it was deleted from the original source, someone reproduced. The original publication is being sued by Chaudhuri.

In addition to The Caravan and its proprietors, the suit charges Siddhartha Deb, Penguin (the publisher of the upcoming book by Deb in which the article is a chapter), and Google India (which, the suit alleges, has been “publishing, distributing, giving coverage, circulating, blogging the defamatory, libelous and slanderous articles”).

Nice profile and editorial in the Rolling Stone about Michele Bachmann.

Bachmann is a religious zealot whose brain is a raging electrical storm of divine visions and paranoid delusions. She believes that the Chinese are plotting to replace the dollar bill, that light bulbs are killing our dogs and cats, and that God personally chose her to become both an IRS attorney who would spend years hounding taxpayers and a raging anti-tax Tea Party crusader against big government.

[…] in an attempt to reassure the unbeliever of her non-threateningness, is one of the scariest sights in the entire American cultural tableau.

In modern American politics, being the right kind of ignorant and entertainingly crazy is like having a big right hand in boxing; you’ve always got a puncher’s chance.

But by the time you’ve finished reviewing her record of lies and embellishments and contradictions, you’ll have no idea if she actually believes in her own divine inspiration, or whether it’s a big con job.

[…] in which case this hard-charging challenger for the GOP nomination is a rare breed of political psychopath, equal parts crazed Divine Wind kamikaze-for-Jesus and calculating, six-faced Machiavellian prevaricator. Whatever she is, she’s no joke.

Originally a division of Oral Roberts University, this august academy [Bachmann’s alma mater], dedicated to the teaching of “the law from a biblical worldview,” has gone through no fewer than three names — including the Christian Broadcasting Network School of Law.

Michele took a job as a tax attorney collecting for the IRS and spent the next four years sucking on the tit of the Internal Revenue Service, which makes her Tea Party-leader hypocrisy quotient about average.

But before long, parents began to complain that Bachmann and her cronies were trying to bombard the students with Christian dogma — advocating the inclusion of something called the “12 Biblical Principles” into the curriculum, pushing the teaching of creationism and banning the showing of the Disney movie Aladdin because it promoted witchcraft.

“She thought it was a socialist plot to turn our children into little worker-automatons,”

The theme of socialists scheming to herd children into a factorylike system of predetermined occupations still comes up often in Bachmann’s rhetoric.

Bachmannites despise IB because its “universal” curriculum refuses to recognize the superiority of Christianity to other religions.

In another version of the story told by Bachmann, she ran against Laidig only because a GOP endorsing convention in April of that year spontaneously selected her, prompting yet another Home Alone extreme-surprise moment. “I came in wearing jeans, a sweatshirt and moccasins, and I had no makeup on at all,” she said. “I had made not one phone call, and spent not five cents, and I did not solicit a vote.”

Bachmann lies because she can’t help it, because it’s a built-in component of both her genetics and her ideology. She is at once the most entertaining and the most dangerous kind of liar, a turbocharged cross between a born bullshit artist and a religious fanatic, for whom lying to the infidel is a kind of holy duty.

The first was a jeremiad against school standards, which fizzled out when Ventura’s replacement, then-governor and current presidential rival Tim Pawlenty, backed his own version of school standards with the coming of No Child Left Behind. The other was a hysterical campaign against gay marriage that involved some of the strangest behavior ever attributed to an American elected official.

Bachmann somehow took this to mean that the Obama administration might force ordinary Americans to abandon their familiar green dollar bills for some international and no doubt atheist currency.

She called gay marriage an “earthquake issue,” insisting that failure to pass her proposal would mean that “sex curriculum would essentially be taught by the gay community” and that “little K-12 children will be forced to learn that homosexuality is normal, natural, and perhaps they should try it.”

A photo shows Bachmann, only the top of her Stepford head visible, crouched alone in an extreme catcher’s squat behind the Capitol shrubbery. She later insisted she wasn’t hiding at all, but resting because her heels hurt.

Images of Michele Bachmann squatting behind a bush or hiding from lesbians in a bathroom would seem to be punch lines of funny stories, but they are not. The real punch line is that rather than destroying her politically, these incidents helped propel her into Congress.

Snickering readers in New York or Los Angeles might be tempted by all of this to conclude that Bachmann is uniquely crazy. But in fact, such tales by Bachmann work precisely because there are a great many people in America just like Bachmann, people who believe that God tells them what condiments to put on their hamburgers, who can’t tell the difference between Soviet Communism and a Stafford loan, but can certainly tell the difference between being mocked and being taken seriously.

George Scialabba on Hitchens when he writes about Noam Chomsky.

Over the last decade, Hitchens has reenacted the drama of Dorian Gray: his prose style has waxed ever more elegant, while his political judgment and his polemical morality have decayed.

American intellectuals, whose responsibility it was to lead the national conversation beyond uncritical acceptance of the premises of state policy, failed entirely.

If the American citizenry ever learn, in relation to their country’s international behavior, Auden’s simple yet difficult lesson that “Those to whom evil is done/Do evil in return” (or their benighted sympathizers do), it will be despite rather than because of the efforts of Hitchens and the large majority of American intellectuals who, about these matters at least, agree with him.

Suppose someone says that Pearl Harbor so inflamed American feeling that the firebombing of Japanese cities and the atomic bombing of Hiroshima and Nagasaki, though morally indefensible, were all but inevitable. Does saying this absolve the American officials who ordered the bombings or imply that the fate of the hundreds of thousands of Japanese civilians who died as a result was “richly deserved”? By Hitchens’s logic, yes.

It’s like naming our murder weapons after victims of our crimes: Apache, Tomahawk… It’s as if the Luftwaffe were to call its fighter planes “Jew” and “Gypsy.”

There is much talk of bin Laden’s “confession,” but that is rather like my confession that I won the Boston Marathon. He boasted of what he regarded as a great achievement.

Interesting and poignant article by Morgan Meis over at The Smart Set. I like how he contrasted Hitler’s speeches with Osama bin Laden’s.

Excellent post about what happened on Sunday night with Osama bin Laden and the response during Obama’s speech.

Whatever sort of emotional response I may have had on hearing the news that Osama bin Laden had been killed by U.S. forces was immediately confused by everyone else’s response.
Jessa Crispin @ The Smart Set